Expanding the Envelope for

RAIDER® is a next-generation light tactical prototype helicopter capable of carrying six troops and external weapons that will redefine helicopter flight during the 21st century.

Based on Sikorsky’s Collier Award-winning X2 Technology™, Raider incorporates the latest advances in fly-by-wire, flight controls, vehicle management systems, and systems integration. These technologies enable the aircraft to operate at high speeds while maintaining the low-speed handling qualities and maneuverability of conventional single main rotor helicopters. Raider can reach speeds of more than 220 knots, nearly double the speed of a conventional helicopter. Designed for "high and hot" operations, the helicopter is capable of flying at 10,000 feet in 95℉ heat.

Through the S-97 Raider aircraft, we are showing how Sikorsky X2 Technology can meet and exceed the key requirements of the U.S. Army’s Future Attack Reconnaissance Aircraft (FARA).  In addition to serving the U.S. Army and Special Operations, the S-97 Raider helicopter could potentially be applied to U.S. Air Force, U.S. Navy, and U.S. Marine Corps missions. The X2 Technology at the heart of the Raider helicopter is scalable to a variety of military missions including light assault, light attack, armed reconnaissance, close-air support, combat search and rescue, and unmanned applications.

The Raider program has been funded entirely by Sikorsky/Lockheed Martin and our industry partners. 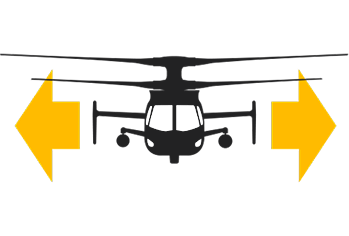 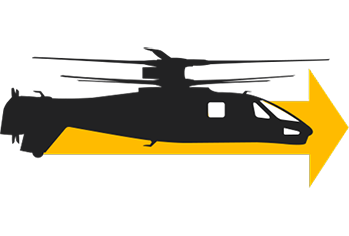 RAIDER can add power to propeller and main rotor to speed up without changing attitude; helicopters have to tilt their main rotor. 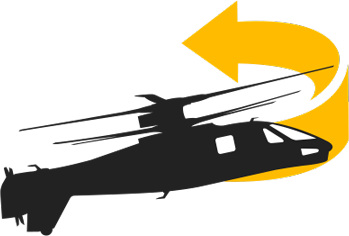 RAIDER’s rigid main rotor allows it to execute turns in half the distance of helicopters. 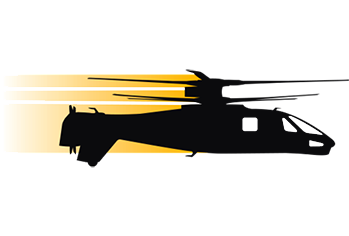 Power can be shifted between main rotor and propeller enabling speed well in excess of FARA requirement. 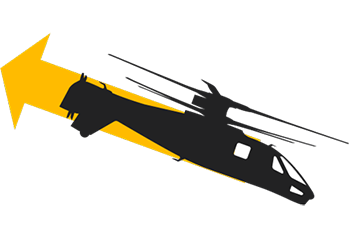 RAIDER can reverse thrust on propeller to slow descent; no helicopter has this ability. 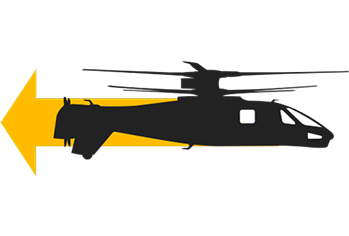 Why It’s Mission Critical
Maintains pilots’ eyes and weapons on target all the way to the objective. 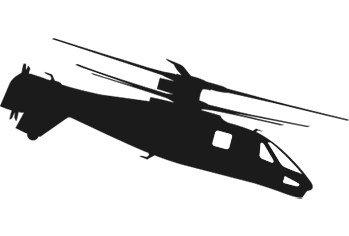 Helicopters can’t point nose (up or down) and maintain position at the same time. 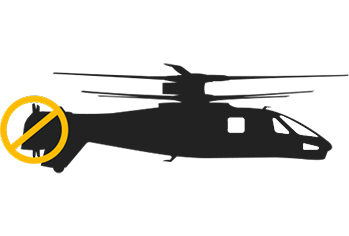 Helicopters require a tail rotor during flight for control; RAIDER can turn its propeller on and off.

Why It’s Mission Critical
‘Whisper Mode’ enables RAIDER to sneak up on targets.

The Sikorsky S-97 RAIDER® Aircraft delivers improvements in performance across a wide range of mission parameters. 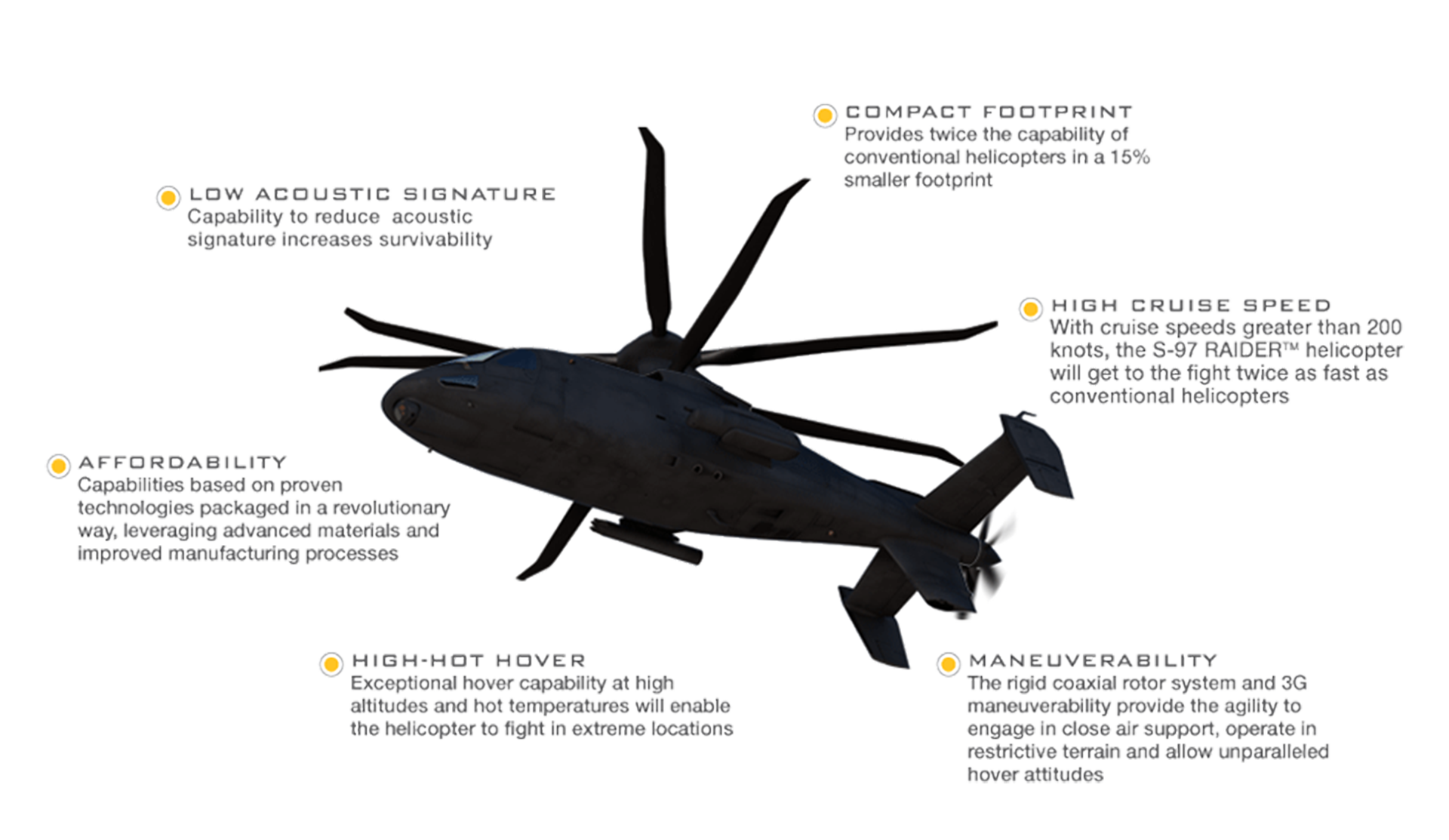 Stay Informed: The Latest News on the S-97 Raider®

From the flight of the world's first practical helicopter in 1939, Sikorsky has remained the industry leader through its commitmentto innovation, excellence and safety.